The Fundamentals of Rock Guitar Lessons

Electric guitar is the most beloved instrument in popular music today. It is used in almost every form of live and recorded music. But the music genre where the electric guitar really stands out, of course, is in Rock and Roll. Let’s look at the history of rock electric guitar, and the basics and playing styles that you should learn if you want to emulate your guitar heroes. 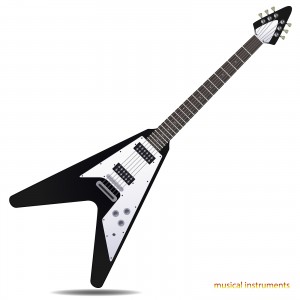 The electric guitar was first produced in 1931. An amplified guitar could take the place of many other instruments, and was quickly adopted for both concert and studio use. At first, it was commonly used in blues, jazz, and country. These genres eventually merged into rock n’ roll at the same time many classic electric guitars such as the Gibson Les Paul and the Fender Telecaster and Stratocaster models came into prominence.

Early rockers like Chuck Berry and Eddie Cochran popularized the electric guitar as the foremost rock instrument. The British Invasion soon followed, and innovative bands such as The Beatles, The Rolling Stones and (possibly most importantly) The Yardbirds began to expand the limits of what was thought possible on electric guitar. It wasn’t long before the psychedelic era emerged, and bands like Cream, the Jimi Hendrix Experience, and Peter Green’s Fleetwood Mac further revolutionized the palette of sounds the six-string was capable of making.

At the end of the 1960s, a new brand of rock and roll emerged, with Led Zeppelin, Deep Purple and Black Sabbath leading the way. The sounds became louder, heavier and darker, and hard rock was born. It gave way to metal in the 70s and 80s, as the astounding guitar pyrotechnics of Eddie Van Halen, Joe Satriani, Steve Vai and Yngwie Malmsteen came to the fore.
Punk, new wave and alternative rock music largely signaled a return to more basic playing. Everything old became new again. Modern rock continues this trend.

When guitarists are asked what separates the sound of rock guitar from other forms of electric-guitar-based music, generally there is a one-word reply: distortion. What was once an undesirable effect resulting from turning up the volume of older tube amplifiers “too loud” became sought after by rock-and-rollers of all stripes.  Amp manufacturers took advantage of this trend, with Marshall Amps producing amplifiers with high gain and master volumes to deliberately distort the sound further. Mesa Boogie is another high-gain master with its Triple Rectifier.

What to Learn, and How

A great method for learning rock guitar is to learn it in the order that it has evolved. Take the necessary time to learn basic chords, progressions, and scales – particularly blues. Once you have mastered that, you can start learning more advanced scales and playing techniques. Study the basic rock n’ roll chord and note structures of an Elvis Presley or Chuck Berry song. This is essentially the basis of everything that has followed, and no serious rock guitarist would dispute that. From there, listen to and do your best to emulate 60’s-era guitarists such as Eric Clapton, Jeff Beck, George Harrison, Jimi Hendrix, and Peter Green. You’ll notice that their playing is just a more advanced style of the basic structures you learned from your training on 50’s-era rockers.

Have you mastered that yet? If so, it’s time to move forward to hard rock. Don’t let the apparent simplicity of some of these songs fool you. These songs can be just as complex in their structure as even some of the progressive rock that emerged at the same time. Take it seriously, but take your time and have fun.
If you want to advance further, you can look into 80’s rock techniques such as tapping, string bending, and use of the whammy bar. You may also want to experiment with the various different sounds your amplifier can make.

It will take time and effort, but by studying what came before, you may become one of the great rock guitarists of the future.