Acoustic or Electric Guitar – Which Is Easier?

Acoustic or Electric Guitar – Which Is Easier? 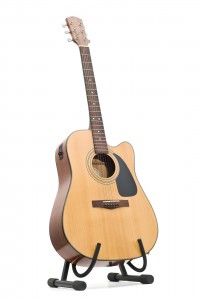 It’s estimated that around half of all beginners with the guitar learn their first skills on an acoustic model, while the other half starts out on an electric guitar. Which one would you prefer as you keep getting better? It’s difficult to figure that out from the beginning – in general terms, if you’re avid of rock and roll or metal, an electric guitar would be better for you – while if you’re fond of folk, country or general singer-song writing style, you’ll likely prefer an acoustic.

The question of which ones is easier to learn when you’re first starting out isn’t really related to the instrument you’ll enjoy playing in the long run though – so let’s have a look at some of the important factors.

During the first few weeks of your guitar lessons, you’ll be training your fingers to move in various ways that they’ve never moved in before. In addition, your fingertips will need to hold down the strings of the steel guitar on a wooden neck for long periods of time, something else you’ve likely not done before. 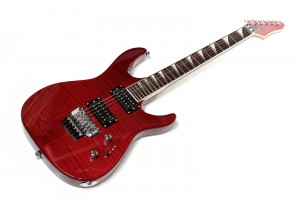 The strings on an electric guitar are lighter too, so they won’t hurt your fingertips so much during those first few weeks of practice.

As time goes by and you practice, building muscle memory in your hands and calluses on your fingertips, the smaller neck and lighter strings won’t matter so much anymore – at this stage you may want to move to an acoustic guitar, as the strings there are heavier and the neck is thicker. This will introduce a new element to your practice, allowing your fingers to become even stronger.

And the acoustic guitar?

It’s definitely possible to learn the acoustic guitar as a beginner – the challenge will certainly be greater for your fingers, but you’ll also build better muscle memory and harder calluses on the fingertips than you would if you learned only on an electric guitar. Generally, it’s better to start on an electric guitar – of course, sometimes the cost can be prohibitive, so if you must learn on an acoustic guitar, it can take a bit of time to get comfortable.